“MESSAGE OF THE HUMMINGBIRD” 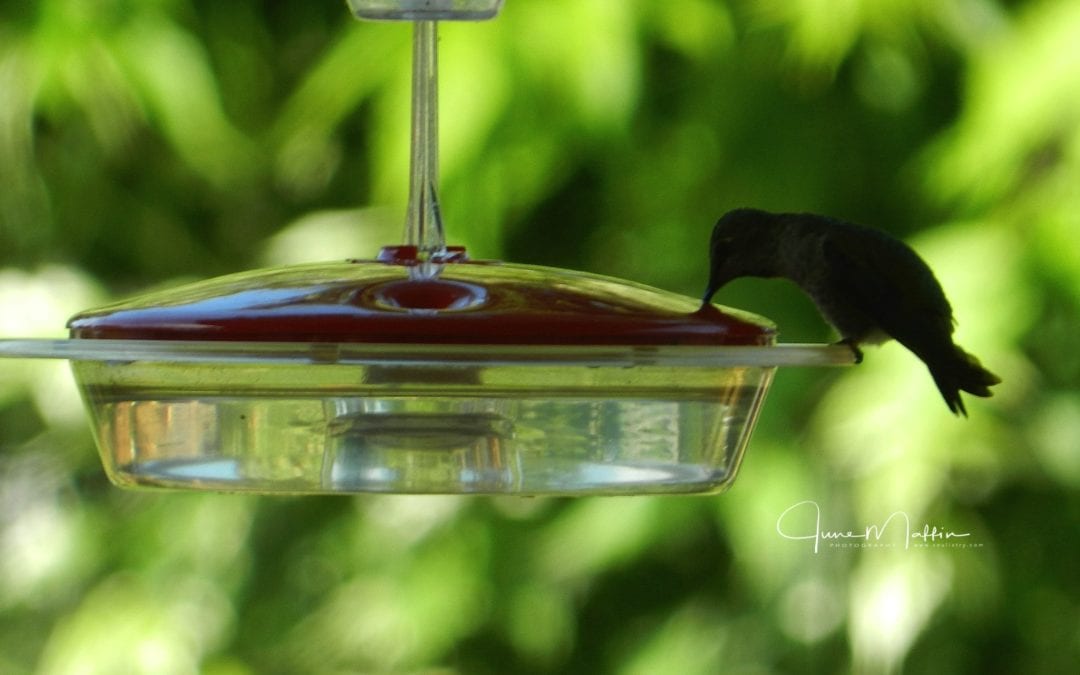 How can I not be fascinated by them? Their grace, beauty, agility … and oh yes, their symbolism.
Reflection emerges.

For the indigenous peoples of the Pacific Coast, the hummingbird is a messenger of joy. But not just joy – also intelligence, beauty, devotion, love, protectors and defender of their territory.

Yesterday and today, this particular hummingbird has returned over and over again. In each visit, a cloud of sadness, began to lift. And through that cloud of sadness on this, the fifth anniversary of my husband’s unexpected death, love shines.

In Montreal, he and his family lived about three blocks away from my family. In North Vancouver, he and his family lived a few miles away from me. On the Sunshine Coast, his family had a summer cottage in the community I worked. We never met in any of those places. We met by happenstance at a Christmas Fair, three years after his wife died. It wasn’t “love” or “sparks.” It was simply a meeting of two people who shared common interests and who began a friendship.

Then one day, he phoned and invited me for an afternoon drive. We often did that so when he came by with the four-legged canine blessing called Shandy, off we went for a drive to Qualicum Beach – one of our favourite drives on Vancouver Island. On a bench overlooking the ocean, he asked me to marry him. This time, I knew that the obstacles we had talked about were nothing if we faced them together. I realized that his love for me was so deep, as was mine for him, that spending the rest of our lives together, no matter how long or how short, was Divine Love.

Six weeks later, he had sold his rancher, I had sold mine, a new home was purchased that we both loved, and we married, October 17, 2009. Even though it was a day marked by ‘clouds’ for a number of reasons, we knew that we would face any and all clouds together. And, we did.

Through a cloud of sadness, love still shines. Thank you little hummingbird. I am grateful.

The next time you see a hummingbird, may it bring comfort your way and in some way, be a sign of Divine Love in your life.